Mostly, the compute node plans available on E2E MyAccount are billed on an hourly basis but E2E Networks limited also offers in-built discounted plans if a node is to be launched for a committed period (let say 30 days or 365 days). By opting for a committed plan you will be able to save more when compared to the price you would otherwise pay for the same period in the hourly rate. Longer the commitment (committed period) more will be the saving!

Let say you want to launch a GPU.T4 node which is billed at ₹ 30 hourly / ₹ 21900 monthly bases but you can also choose a committed plan for the 30 days committed period which will just cost you ₹ 17500 for 30 days.

Once you have created a Virtual Node , you can access and manage your virtual compute nodes from My Account Portal dashboard features.

After the launch of an E2E node which is billed on an hourly basis, you have the option to convert this node into a committed node to saving more. For this, you need to follow the below steps. 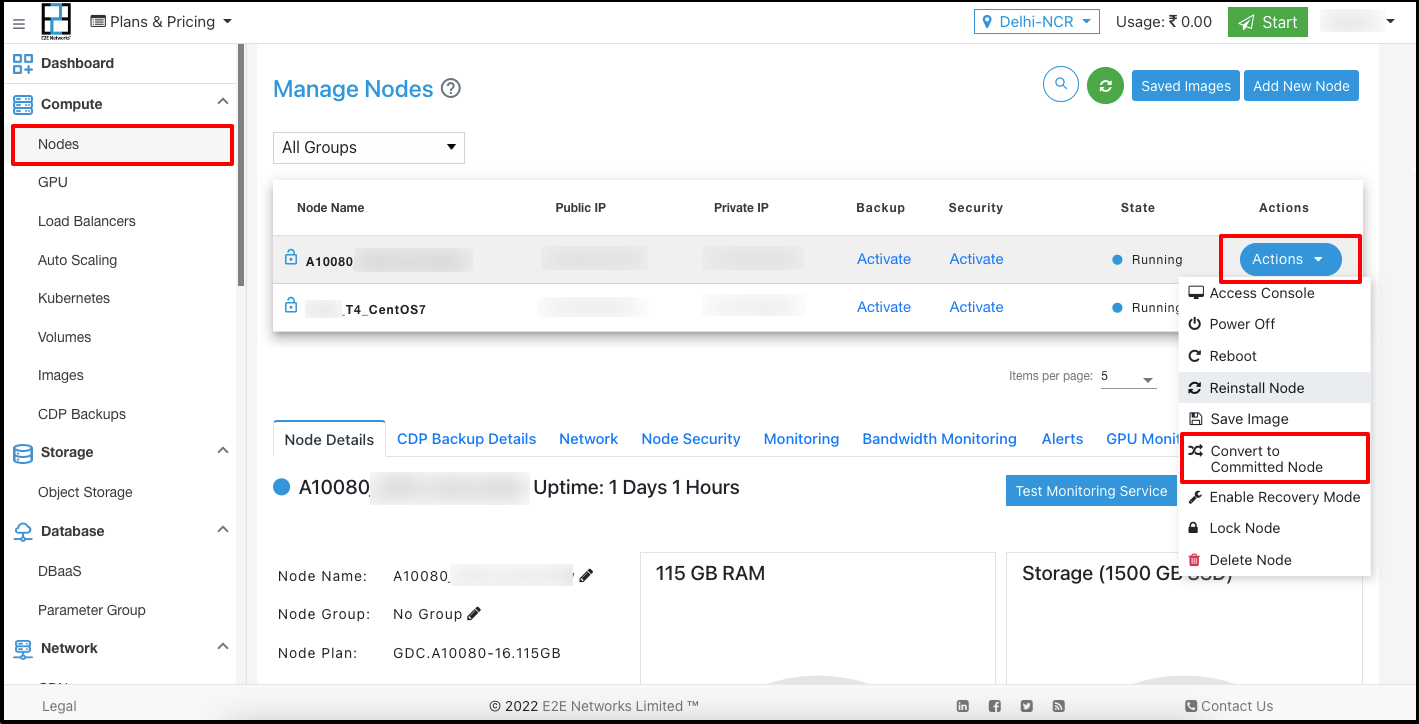 Please follow the below steps to change committed node settings 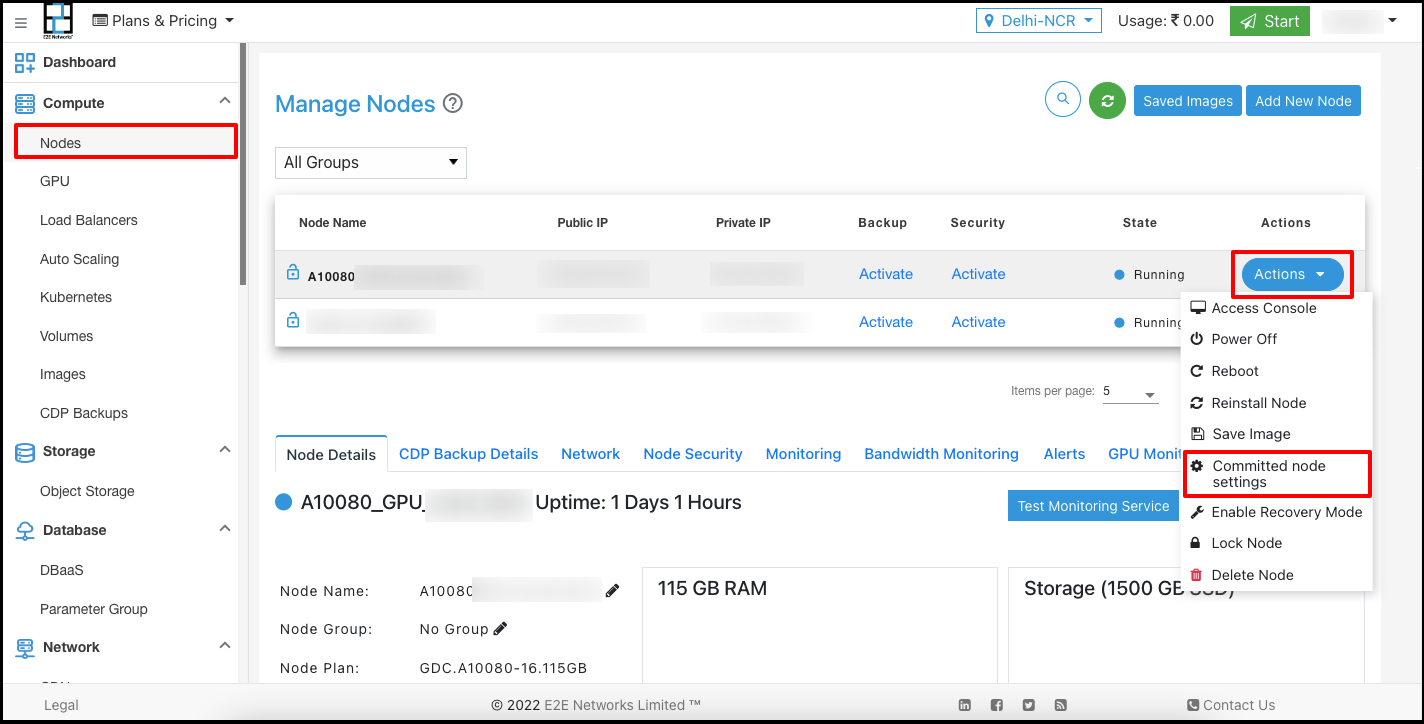 If you have selected ‘Hourly Billing’ then after the end of the current committed period, an hourly billing rate will be applicable for the committed node. Once converted to the hourly billing plan, you will be able to terminate the node anytime.

If you have selected ‘Auto Termination’ then your committed node will be auto terminated immediately which will delete this node as well as all attached backups from the system after the end of the current committed period. Once deleted, all data on this VM and backups will be permanently deleted. We strongly recommend creating a saved image of this node, to avoid any data loss. Kindly note E2E Networks Limited will not be responsible for any data loss. 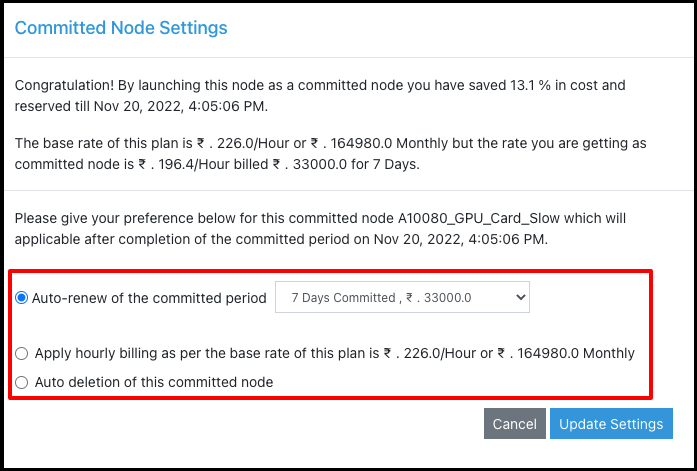